And many of us will be furiously wondering how our elected officials came to allow this to pass, and why our security services demand even greater powers. So how did the mass application of such a logic pass through parliamentary debate or national referendum? Well, it didn't. The powers the GCHQ has to carry out its 'Mastering the Internet' surveillance programme are enabled only through wide loopholes in the Regulation of Investigatory Powers Act pushed under Blair's New Labour government, which enable the secret state to intercept and store vast swathes of data via fibre-optic cables for up to thirty days.

Aided by a 'light oversight regime' as one intelligence chief put it, it is simply undemocratic.

Further, it's open to abuse. Current and former US security officials have access to this British data and can do what they like with the information, such as leaking it to the Guardian, or sell it for private gain, as phone companies are already doing. If this already compromises our individual rights, there's little consolation in the fact that British officials can access without warrant the recorded data of any non-British citizen. This has already been deployed to diplomatically dirty effect in the total monitoring of foreign leaders' email and phone data, as the British did at the G20 summit in London.

It's politically unethical, not just in terms of international relations. Mass surveillance of all kinds instils an internal fear, not trust: this has been its purpose since its origins in Bentham's 'panopticon', the prison tower which could potentially see all inmates at the same time. Not only is mass surveillance unethical to record all data indiscriminately, even when there's no suspicion of crime, it embeds a collective mindset of fear and resignation before a distant, all-powerful and insidious authority.

This kind of rule is more appropriately called tyranny, not democracy. It's also unconstitutional and possibly illegal. It jeopardises the 'ancient and indubitable rights and liberties of the people of this kingdom' not least the freedom of speech to parliamentarians of the English Bill of Rights, and compromises the individual's right to Due Process of the Magna Carta, which sees its th anniversary in Lastly, it's corrupt, with the politicians supporting it, like Malcolm Rifkind , paid by private companies who might benefit from such policies.

Compared to the Expenses scandal , or the majority of Lords who voted to open NHS healthcare services to private competition , this won't be a surprise. Bung is the order of the day. So if it's undemocratic, politically unethical, unconstitutional, perhaps even illegal, open to abuse and promoted by corrupt politicians, what strategies can people use to challenge it?

You've Got Something on Your Mind

What's below are just suggestions, and if one will work or not, or could be added to the list, leave a comment below. When every one is violated by state surveillance, it is no longer a few conscientious and idealistic 'activists' who should fight back, but every one of us. That's just the tip of the iceberg: we've got many more leads to chase down.


Find out more and support our work here. If you have any queries about republishing please contact us. Please check individual images for licensing details. Make a donation. Projects Close Close Please type and press enter Submit.

Share on Facebook. Share via email. That shop stands out in an architectural respect, with a surprising use of different levels, and an impressive range of lifestyle articles.

What I found a positive aspect of this garden centre is that they clearly know their customers very well, so they know precisely what to offer them and how to make them feel at ease in their shop. Our next stop was the Intratuin branch in Maastricht — in terms of the Intratuin concept one of the strongest garden centres in Europe. Interesting is that what got my colleagues talking here was not the quality of the plants, the range of products or their prices, but the general implementation of concepts.

We all greatly appreciated the fact that members of the Intratuin management team were present, especially as that gave us an opportunity to discuss thoughts on new departments and on cross selling in the interior decoration and food segments. On day two of our tour we visited some cultural highlights of Aachen and two garden centres of the two Sagaflor concept groups. Besides its remarkably impressive houseplant section this garden centre happened to be hosting an orchid exhibition. As at all the Sagaflor garden centres, the retail concept is loosely inspired by that of the Dutch Intratuin group, but then more focused on the German market and German consumers.

This shop likewise clearly betrays Dutch influences, with special offers such as three houseplants for the price of two.

เพลง Now You've Got Something To Die For (Rehearsal Demo)

The third and last day of our study trip focused on the annual congress with a new record number of participants Evidently ever more garden centres are enthusiastic about joining the German association of garden centres. And this brings me to a word of advice to all colleagues in Germany and other countries: visit the international conference of the IGCA in Switzerland this August. As the ambassador of the IGCC for I would very much enjoy showing you the country in which I grew up and in which I have managed various garden centres. 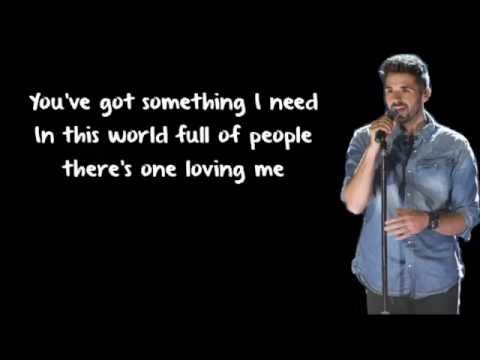 For more information go to www.