No customer reviews. Share your thoughts with other customers. Write a customer review. Amazon Giveaway allows you to run promotional giveaways in order to create buzz, reward your audience, and attract new followers and customers.

Learn more about Amazon Giveaway. Set up a giveaway. There's a problem loading this menu right now. Learn more about Amazon Prime. Get fast, free delivery with Amazon Prime. If you like your new shirt, don't forget to leave a review so everyone else knows how awesome they are too. Icemarks are Westarctica's first paper currency and the only legal tender currency in our nation.

Under the direction of the Commissioner of the Treasury, the Baron of Bastanchury, a limited number of Westarctican Ice Marks are being minted and made available to the general public. These banknotes feature high quality printing and numerous security features including UV ink, unique serial numbers, microprint, and a gold foil medallion which renders the notes almost impervious to counterfeiting. Full-Size Westarctica Flag. So many of our citizens and nobles have asked to purchase Westarctica's flag that we have finally worked out an arrangement with our supplier to make them available to the public!

These 3ft x 5ft flags match the size and quality of the flags used by our government at our various consulates around the world. One of them contained a circular dirt berm, known as the Pita because it was shaped like a pita loaf. A group of uniformed Palestinian policemen, armed with automatic rifles, were on the Pita for much of the day.

Early in the morning of Saturday, September 30, a crowd of Palestinians gathered at the Netzarim crossroads.

TV crews, photographers, and reporters from many news agencies, including Reuters, AP, and the French television network France 2, were also at the ready. Because so many cameras were running for so many hours, there is abundant documentary evidence of most of the day's events—with a few strange and crucial exceptions, most of them concerning Mohammed al-Dura.

The tapes overlap in some areas but leave mysterious gaps in others. No one camera, of course, followed the day's events from beginning to end; and with so many people engaged in a variety of activities simultaneously, no one account could capture everything.

Gabriel Weimann, the chairman of the communications department at the University of Haifa, whose book Communicating Unreality concerns the media's distorting effects, explained to me on my visit that the footage in its entirety has a " Rashomon effect. Some of the shots show groups of young men walking around, joking, sitting and smoking and appearing to enjoy themselves. Others show isolated moments of intense action, as protesters yell and throw rocks, and shots ring out from various directions. Only when these vignettes are packaged together as a conventional TV news report do they seem to have a narrative coherence.

Off and on throughout the morning some of the several hundred Palestinian civilians at the crossroads mounted assaults on the IDF outpost. They threw rocks and Molotov cocktails. They ran around waving the Palestinian flag and trying to pull down an Israeli flag near the outpost. A few of the civilians had pistols or rifles, which they occasionally fired; the second intifada quickly escalated from throwing rocks to using other weapons. The Palestinian policemen, mainly in the Pita area, also fired at times.

The IDF soldiers, according to Israeli spokesmen, were under orders not to fire in response to rocks or other thrown objects. They were to fire only if fired upon. Scenes filmed throughout the day show smoke puffing from the muzzles of Ms pointed through the slits of the IDF outpost. To watch the raw footage is to wonder, repeatedly, What is going on here?

In some scenes groups of Palestinians duck for cover from gunfire while others nonchalantly talk or smoke just five feet away. At one dramatic moment a Palestinian man dives forward clutching his leg, as if shot in the thigh. An ambulance somehow arrives to collect him exactly two seconds later, before he has stopped rolling from the momentum of his fall.

Another man is loaded into an ambulance—and, in footage from a different TV camera, appears to jump out of it again some minutes later. At around P. Mohammed al-Dura and his father make their first appearance on film. The time can be judged by later comments from the father and some journalists on the scene, and by the length of shadows in the footage. Despite the number of cameras that were running that day, Mohammed and Jamal al-Dura appear in the footage of only one cameraman—Talal Abu-Rahma, a Palestinian working for France 2. Jamal al-Dura later said that he had taken his son to a used-car market and was on the way back when he passed through the crossroads and into the crossfire.

When first seen on tape, father and son are both crouched on the sidewalk behind a large concrete cylinder, their backs against the wall. The cylinder, about three feet high, is referred to as "the barrel" in most discussions of the case, although it appears to be a section from a culvert or a sewer system. On top of the cylinder is a big paving stone, which adds another eight inches or so of protection.

The al-Duras were on the corner diagonally opposite the Israeli outpost. By hiding behind the barrel they were doing exactly what they should have done to protect themselves from Israeli fire. Many news accounts later claimed that the two were under fire for forty-five minutes, but the action captured on camera lasts a very brief time. Jamal looks around desperately. Mohammed slides down behind him, as if to make his body disappear behind his father's.

Jamal clutches a pack of cigarettes in his left hand, while he alternately waves and cradles his son with his right. The sound of gunfire is heard, and four bullet holes appear in the wall just to the left of the pair. The father starts yelling. There is another burst.

Mohammed goes limp and falls forward across his father's lap, his shirt stained with blood. Jamal, too, is hit, and his head starts bobbling. The camera cuts away. Although France 2 or its cameraman may have footage that it or he has chosen not to release, no other visual record of the shooting or its immediate aftermath is known to exist.

Other Palestinian casualties of the day are shown being evacuated, but there is no known on-tape evidence of the boy's being picked up, tended to, loaded into an ambulance, or handled in any other way after he was shot. The footage of the shooting is unforgettable, and it illustrates the way in which television transforms reality. I have seen it replayed at least a hundred times now, and on each repetition I can't help hoping that this time the boy will get himself down low enough, this time the shots will miss.

Through the compression involved in editing the footage for a news report, the scene acquired a clear story line by the time European, American, and Middle Eastern audiences saw it on television: Palestinians throw rocks. Israeli soldiers, from the slits in their outpost, shoot back.

A little boy is murdered. What is known about the rest of the day is fragmentary and additionally confusing. A report from a nearby hospital says that a dead boy was admitted on September 30, with two gun wounds to the left side of his torso. But according to the photocopy I saw, the report also says that the boy was admitted at P.

The doctor's report also notes, without further explanation, that the dead boy had a cut down his belly about eight inches long. A boy's body, wrapped in a Palestinian flag but with his face exposed, was later carried through the streets to a burial site the exact timing is in dispute.

The face looks very much like Mohammed's in the video footage. Thousands of mourners lined the route. Oddly, on film the procession appears to take place in full sunlight, with shadows indicative of midday. Almost immediately news media around the world began reporting the tragedy. Print outlets were generally careful to say that Mohammed al-Dura was killed in "the crossfire" or "an exchange of fire" between Israeli soldiers and Palestinians.

Did She Cycled all the Way from Germany? - Ceyda Interview - Little Big Shots

The New York Times , for instance, reported that he was "shot in the stomach as he crouched behind his father on the sidelines of an intensifying battle between Israeli and Palestinian security forces. LYDEN: Was there any attempt by the troops who were firing to cease fire to listen to what the father had to say?

Could they even see what they were shooting at? Jamal al-Dura never wavered in his view that the Israelis had killed his son. By Tuesday, October 3, all doubt seemed to have been removed. After a hurried internal investigation the IDF concluded that its troops were probably to blame. 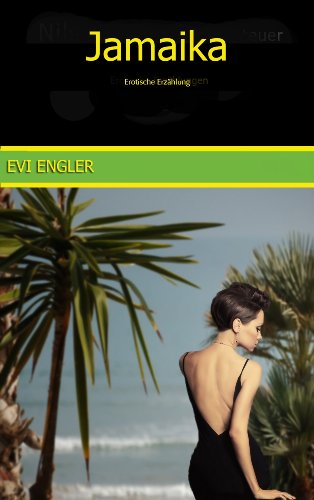 General Yom-Tov Samia, then the head of the IDF's Southern Command, which operated in Gaza, said, "It could very much be—this is an estimation—that a soldier in our position, who has a very narrow field of vision, saw somebody hiding behind a cement block in the direction from which he was being fired at, and he shot in that direction.

The further attempt to actually justify killing the boy was, in terms of public opinion, yet more damning for the IDF. Eiland said, "It is known that [Mohammed al-Dura] participated in stone throwing in the past. Ariel Sharon, who admitted that the footage of the shooting was "very hard to see," and that the death was "a real tragedy," also said, "The one that should be blamed is only the one Palestinians, and the Arab-Islamic world in general, predictably did not agree.

Sweatshirts, posters, and wall murals were created showing the face of Mohammed al-Dura just before he died. Dan Schueftan, an Israeli strategist and military thinker, told me that the case was uniquely damaging. He said, "[It was] the ultimate symbol of what the Arabs want to think: the father is trying to protect his son, and the satanic Jews—there is no other word for it—are trying to kill him.

These Jews are people who will come to kill our children, because they are not human. Two years after Mohammed al-Dura's death his stepmother, Amal, became pregnant with another child, the family's eighth.


The parents named him Mohammed. Amal was quoted late in her pregnancy as saying, "It will send a message to Israel: 'Yes, you've killed one, but God has compensated for him. You can't kill us all. Like most adults in Israel, Weimann, a tall, athletic-looking man in his early fifties, still performs up to thirty days of military-reserve duty a year. His reserve rank is sergeant, whereas the students in his class are lieutenant colonels and above.

To underscore the importance of the media in international politics, Weimann shows some of his students a montage of famous images from past wars: for World War II the flag raising at Iwo Jima; for Vietnam the South Vietnamese officer shooting a prisoner in the head and the little girl running naked down a path with napalm on her back. For the current intifada, Weimann told his students, the lasting iconic image would be the frightened face of Mohammed al-Dura. One day last fall, after he discussed the images, a student spoke up.